When it comes to planning a trip, some people plan every minute of every hour that they are away and others don’t plan at all. I used to be pegged with the former, but I have found myself drifting over to the latter. For me, it is somewhat of a function of how much time I am spending at my destination. Oddly, it seems that the less time I have, the less I plan. My recent two-day trip to Anchorage, Alaska, proves that to me.

When I originally booked my flight, I planned a late-April weekend getaway. I quickly realized I had a conflict and because I was outside of 60 days of departure, I was able to rebook with no cancellation fee (thank you Alaska Air!). I wanted to keep my travel costs minimal so I chose the first weekend in March which was about the same price as my original ticket. It was, to me, a random weekend and I didn’t look at events or anything that might be happening.  Hotel prices didn’t jump that weekend to indicate a big event (in fact, they actually decreased slightly).

The week before I was leaving is when I started to look at things to do and quickly realized that the start of the Iditarod was the same day I was arriving. I was quite excited about it… until I realized I was arriving several hours after the start time. At that point it was way too expensive to change my flight to arrive earlier. My hope was that the start was as gradual start and if I caught some of it, great. If not, then I’m sure I’ll still see at least some of the post-race activities and make the best of it.  I didn’t do more research about it as it wasn’t within my control to affect what I did/didn’t see. It turns out that it is merely a ceremonial start. There were musher introductions that took the better part of about 3 hours.

I knew that the options to get from the airport to downtown Anchorage are limited. There are no ride sharing services like Lyft or Uber so I knew that I had to take a taxi or a bus.  I opted for the taxi as I was meeting up with a couple of other points & miles hobbyists for lunch.  Not long after I left the airport I realize that perhaps the taxi driver didn’t know how to drive on winter roads – he drove about 30 mph in a 60 mph zone where the road was very well maintained. Keep in mind that they had to load a train with snow from Fairbanks for the event as Anchorage had a lack of snow.  I felt like Amazing Race contestants who get in a bad taxi.

Additionally, he had no idea that the Iditarod was happening. In fact at one point he said “there must be some kind of carnival or something going on” and did not know that many roads were closed. I stayed at the Hilton on 3rd Ave. & E St., which is less than a block away from the festivities.  The Iditarod goes down 4th Ave. from H St to Cordova, then continues down Cordova.  I didn’t bother researching this as I thought a taxi driver would know. I finally told the driver to let me out and I’ll find my way.

Pro Tip: Research road closures during major events near your destination. Taxi drivers, particularly in Anchorage, aren’t always knowledgeable about events downtown.
It’s not just me – it seemed to be the consensus amongst people I talked to.

As I mentioned before, the start of the sled dog race in Anchorage is a ceremonial start, with the ‘real’ start happening the day after in Willow (about an hour and a half north of Anchorage). There were introductions  of a musher every minute or so. The musher would then go on the 4 mile course at a very leisurely pace while waving to their fans. Because of this, the Iditarod start was still going at 1:30 PM, when I left to get lunch. It was not happening when I walked back to my hotel to check-in at 2:30, so I’m not sure exactly how long it goes.

Thinking that was it for the day, I went to the Anchorage Museum for a bit of a history lesson. It was free that weekend with Bank of America’s Museums on Us weekend.  It was very interesting and went through the entire history of Anchorage. I heard that there was a good happy hour nearby so I didn’t spend as much time at the museum as I should have and normally do in history museums. The happy hour didn’t appeal to me so I decided to go back to the hotel to figure out where to eat for dinner.

The Iditarod alternates between Anchorage and Fairbanks every other year. The start of the Iditarod is always on the first Saturday of March. What you’ll see in Anchorage is a ceremonial start to the Iditarod. It’s more like a parade that introduces the mushers than an actual race. The Iditarod course begins on Fourth Avenue at D Street and 11 miles away in midtown Anchorage, near the University of Alaska. You should be able to get a good viewing spot anywhere along Fourth Avenue. To view the race start you’ll have to go to nearby Willow the following morning.

Running of the Reindeer

It was on my way back to my hotel that I came across this event on the Iditarod course.  Think part Doo dah Parade and part Running of the Bulls. If you’re able to imagine that concoction, it would likely be similar to the Running of the Reindeer. If you’re not then perhaps the video I made will help. Hope you enjoy the movie.

I had no idea about this wacky, yet very fun, event. I didn’t ask anyone if there were other things going on, besides the Iditarod.  Also, I made the assumption that the events were over since they started to clean up.  The run is maybe a quarter of a mile long and looks like tons of fun.  In order to participate in the Running of the Reindeer, you have to register online for $30. I’ll go on record that if I had known, I would have gladly paid to run in the event – and most likely would have had a better video to share. Sorry!

In general, downtown Anchorage is a pretty quiet town.  I walked back to the Hilton from a restaurant/bar at around 10PM and there weren’t a lot of cars or people out. Also, I took a walk for about 2 hours in the morning and only saw two cars. Knowing now how quiet the town is, I’m glad that I was there when there was a major event happening.

While I wouldn’t classify this under what I call a ‘travel misadventure’, my recent trip to Anchorage, Alaska, could have been better planned. I was ill-prepared for the day and made a several assumptions instead of asking.  Nonetheless, I had a great time and I’m very happy that I went. Alaska is a gorgeous state, from what I saw of it, and I’d love to go back and see more of it. 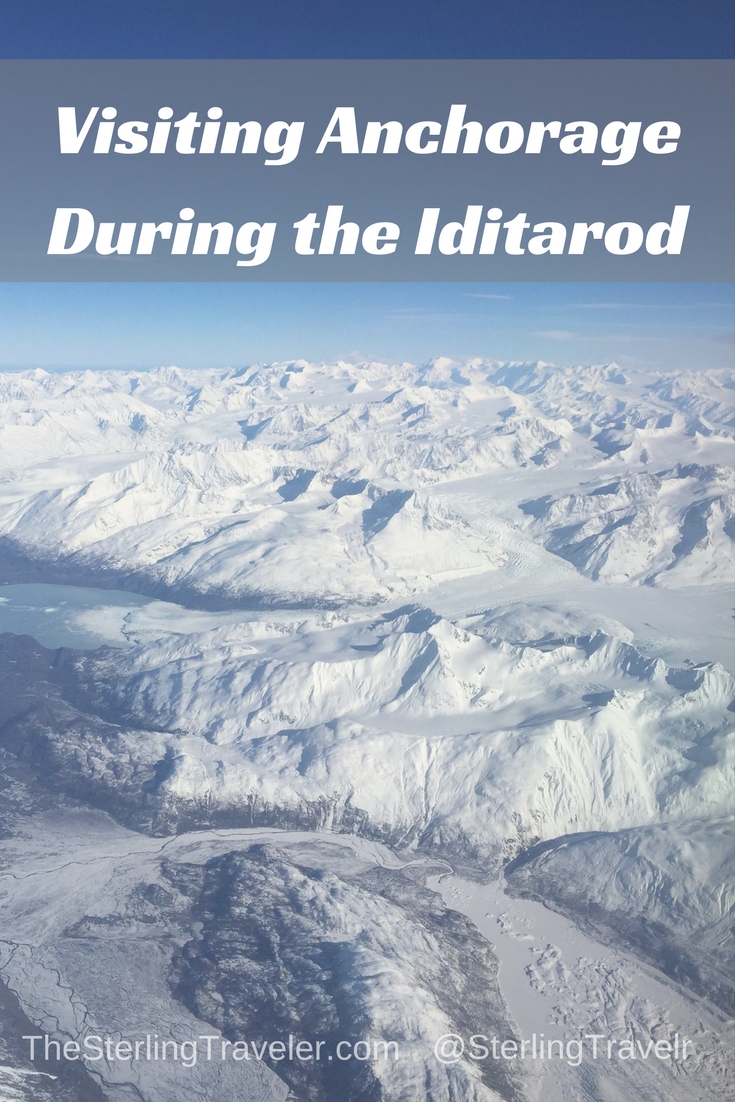