As I mentioned in my previous post, I had plans to drive to Moncton to see the Hopewell Rocks. I talked myself out of going last-minute as Moncton doesn’t have much more to offer for the time allotment I gave myself. Moncton is a four and a half hour drive (each way) from Halifax. I had done all the driving along the South Shore and I wasn’t looking forward to driving that long for just one night – especially since there isn’t a while lot to do there. I had already reserved a hotel room (an IHG Points Break hotel for only 5,000 points) so it was too late to cancel that. On the other hand, it would give me basically 2 extra days in Nova Scotia. I asked the hotel concierge what I could do. He mentioned a wine tasting tour from a couple of different companies and suggested I looked into it. I had only barely heard of Nova Scotia wines, but the suggestion intrigued me.

When people think of Nova Scotia, one of the last things they’ll think of is wine. In fact, not very many people I’ve talked to even know where Nova Scotia is. Most people think wine only comes from California, France, Italy and other various places in the New World. Fewer people know about the wines that come from Canada (namely the Okanagan Valley in British Columbia). Although somewhat new to the wine scene, Nova Scotia is producing some good and very unique wines. In fact, it is 1 of 4 Canadian Provinces that are recognized by the Canadian government as being “wine-producing”.

Going on a Wine Tour

I’ve never been on a guided wine tour – I’ve always just gone wine tasting with a few friends and drove ourselves. I booked the wine tour with Grape Escapes Wine Tours less than 12 hours before it was scheduled to start. The concierge said that they might be able to pick me up outside The Hollis but I didn’t see it as an option on their website. I figured I would just call in the morning as it was near 10PM. I called just over an hour before I was to be a few blocks away and Susan (who answered my call) agreed to pick me up only because it was on the way to the first pick up. It was a full tour (I grabbed the last spot) so your experience may be different.

The tour van rolled up to the front of The Hollis at around the time that I was told they would be there. I was very pleasantly surprised that Susan was the tour guide (& driver)! We made quick introductions and were off to pick up the other people taking the tour.

Life is like a wine tour, you never know what you’re gonna get.

Introductions were made as the tour van filled up. There were people from Canada and the United States, but I, not surprisingly, was from the furthest away. Almost everyone was very nice, those who weren’t were still pleasant and quirky. I was able to tell right away who were going to be the more calm people and who might get a bit rowdy, and I wasn’t wrong. cough Tom cough

On the way to our first wine tasting stop, Susan gave us a bit of history about wine production in Nova Scotia. Although experimental grape varietals were attempted as early as 1913, commercial grape production didn’t start until 1979, by Roger Dial, at Grand Pré Winery. Production has increased slowly but steadily. In 2003, the Wine Association of Nova Scotia was founded. There are now about 20 wineries in Nova Scotia.

The climate of Nova Scotia doesn’t play well with the growing of traditional grapes, such as Pinot Noir, Sauvignon Blanc, Cabernet, etc. Most wineries focus on growing hybrid grapes that are more hardy and resilient to disease. L’Acadie Blanc is the most famous varietal. Red wines aren’t great in Nova Scotia. They tend to be a light [bodied] wine with relatively few tannin due to the shortened grow season.

Our first stop was at Grand Pré Wines – which, as I mentioned, was the first commercial winery in Nova Scotia. We got a quick tour through the vineyard, then were taken to the tasting room.

Immediately I noticed that the samples were poured into half-size wine glasses. Everywhere else I’ve gone wine tasting still uses full size glasses. I’m not sure why a smaller glass is used, but this was true at all of the wineries we went to on the tour.

We tasted the L’Acadie Blanc, Tidal Bay (Nova Scotia’s first appellation wine), and an apple cream liqueur. They also poured a Seyval Blanc, I think. I don’t remember, but only because it wasn’t memorable – not because of my wine consumption that day. I liked the L’Acadie Blanc quite a bit. It tasted like a pinot grigio but more well-rounded. The Tidal Bay was also good, but like appellation wines, a Tidal Bay one winery will be completely different at another winery.

I really did not like the apple cream liqueur. It smelled like paint but to one of the other participants it smelled like propane. I thought she said cocaine which made for a good laugh. It tasted better than it smelled, but the taste was much too strong. The liqueur would have been good in a smaller amount over a scoop of vanilla ice cream, or some other sweet dessert, to balance it out.

Pete Luckett, the owner of Luckett Vineyards, started his very successful entrepreneurship in Nottingham, England. He brought his skills and knowledge to Nova Scotia and opened one of the provinces most beloved brands, Pete’s Fine Foods. He ventured into the wine making business in 2010. Luckett Vineyards quickly gained fame. I have never been to one of his grocery stores, but the tasting room reminded me of one. All of the wines were neatly stacked like an apple display.

The wine tour included lunch on the patio at Luckett Vineyards. The Crush Pad Bistro, as they call it, is only open during the warmer months of May through October. It has an amazing view overlooking part of the vineyard and Minas Basin, pictured below. We got a choice of 3 different sandwich options. From what others told me, all of them were very good. They also have a full menu of soups, salads, and other appetizers & entrees.

The working phone box is an authentic phone box that Pete imported from England. You’re able to make a free phone call to anywhere in North America. Unfortunately, when I was there it was out-of-order until Tuesday. Interestingly, I was there on Tuesday but it was still inoperable. Go figure!

The third and last stop of the wine tour was at L’Acadie Vineyards. The award-winning vineyard was also my favorite. All of the wines we tasted were sparkling, using the traditional method of carbonation and most of them are organic. The traditional method, popularly known as méthode classique, is used in France to make champagne.

This method uses a second fermentation where the yeast is then frozen at the neck of the bottle and removed. Traditional method sparking wine produces much finer bubbles which make the wine easier to drink. Even though I’m from California, which produces a lot of great wines, I’m not a big fan of sparking wines. I’ve had Dom Perignon, Veuve Clicquot and other expensive champagnes. They’re good, but not something I would purchase myself. The sparkling wine we tasted have won multiple awards and is comparable the big names in sparking wines. I enjoyed them very much and Bruce was very appreciative of my compliment when I told him.

I usually don’t like to change my plans last-minute. My friends will attest that I am super reliable and never flake on plans. As much as I wanted to see the Bay of Fundy, the circumstances told me that it was okay not to follow through on my plans to drive to New Brunswick.

It’s okay to not do everything you planned on a vacation. Stop and relax too.

I had an excellent time doing a wine tour with Grape Escapes Nova Scotia Wine Tours. There are several tour operators, but this one was highly recommended by the concierge. Susan was very knowledgeable about Nova Scotia wines and vineyards. If you visit Nova Scotia (which I think everyone should) and have an extra day, take a wine tour. You won’t regret it.

Comment below with your experience of changing your travel plans last minute and how it worked out for you.

Pin to Save for Later! 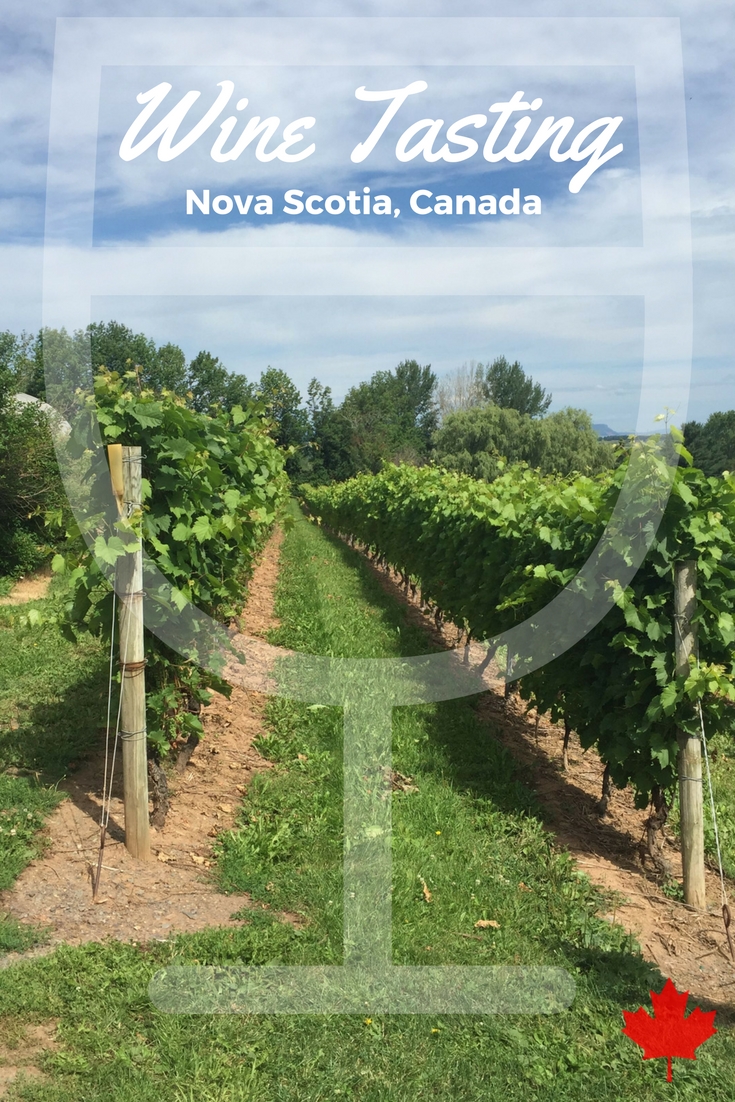