It is taught in public speaking classes that speeches should not start with a disclaimer, nor should they ask for forgiveness. I have always tried to bring forth that principle to this blog. Unfortunately, I feel like I have to make an exception for this post. I’ll admit that my title is click-bait, but I hope you will read on. While I’m hoping that this post is apolitical, that simply won’t be possible. I will try to write this without unsupported bias.

Why are people Deleting Uber?

Last weekend, the world witnessed thousands of people protesting against an Executive Order banning immigrants from 7 Muslim-majority countries from entering the United States. The largest protest was at New York’s JFK airport. In support of the protest, the New York Taxi Worker’s Alliance stopped servicing the airport for an hour. Uber continued to pick up & drop off people at the airport through that one-hour strike.

There is a second reason people are deleting Uber. Uber’s CEO, Travis Kalanick, was added as a member on Trump’s business advisory group. This was announced early last week. While this is widely known, I believe this was the secondary reason why people are deleting Uber. The (in)action of the company on Saturday night caused the #DeleteUber movement to greatly gain notoriety. 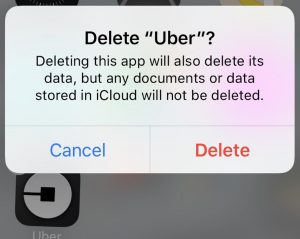 Why am I not Deleting Uber?

Frankly, I don’t agree with all of the actions and policies of the Trump Administration. Kalanick, Elon Musk (CEO of Tesla & SpaceX), and other executives were added to the business advisory group shortly after inauguration. Some see this as supporting Trump and his policies. I look at it in a different light.

Musk is committed to innovation and new technologies that are overall greener and better for society. An example of that (aside from the automated-driving Tesla) is the Hyperloop. Musk published design of it as open source without any patents.

Uber’s policy agenda, according to Uber, is “simple — advance public policy that benefits riders, drivers, and cities.” Unless these Kalanick and Musk are mentally compromised, I think they will help grow the economy and keep it going in the right direction.

Lyft, Uber’s main competitor in the ride sharing sector, also had non-interrupted service to and from the airport. Yet, it seems like people are only hating Uber about this. I don’t believe this was about greed at all. Both companies did not have any surge pricing! They could have easily charged riders much more for rides, but they didn’t. 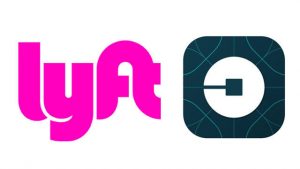 Overall, I think Uber was acting in the People’s interests – not its own or Trump’s interests. We are all entitled to our own opinions. If you made it this far, I appreciate that you read mine. If you still feel like deleting Uber, make sure you delete your account in the app first – deleting the app alone won’t actually do anything besides removing it from your phone.

All that being said, I still prefer Lyft over Uber. If you haven’t given them a try, you should. Here’s my referral code for Lyft: STERLINGTRAVELER.