My family and most of my friends think I’m crazy for flying more than 4 hours away for a weekend. To quote Billy Joel, “they may be right, I may be crazy”.  However, I would have it no other way. I am thankful for being able to travel at all. I went to Anchorage for about a day and I recently spent 24 hours in Washington DC and I had a tremendous amount of fun including checking something off my bucket list.

Getting to Washington DC

I flew into Reagan National Airport on a non-stop Alaska Airlines flight from Los Angeles. The flight is scheduled to leave LAX at about 1 PM which means an arrival at about 9 PM. It is somewhat of an odd time for a transcontinental flight. I preferred it over an early morning flight as I missed all of the rush hour morning traffic getting to LAX. My upgrade to first class went through so I had several drinks and watched a couple of movies on AlaskaAir’s new tablet players. I stayed at the Hilton Crystal City which is about a half of a mile from the airport. The hotel has an airport shuttle, but a friend of mine was nice enough to pick me up.

Getting Around Washington DC

One of the keys to making the most out of going somewhere for a short amount of time is to go somewhere where it is easy to get around or easily walkable. For example, downtown Anchorage is easily walkable – once you get there, as public transit isn’t really an option. Washington DC, on the other hand, has very good public transportation. Hilton Crystal City is located about a half of a mile away from the Crystal City Metro station and is a quick metro ride into the major sites in DC. For about $15 (including non-refundable fee for the plastic contactless card), I got a one-day pass which allows for unlimited travel systemwide for the day. I think that contactless subway passes aren’t tourist friendly but I do see why cities are using them.

We decided to go to the Zoo first. The weather was great so going to the zoo early avoided the crowds. The National Zoo has a Giant Panda exhibit, for lack of better term. If we were lucky, we would be seeing the baby panda. My friend and I stood in the viewing area for 10 minutes without a panda sighting. We were disappointed until a little girl nearby said she sees one. Sure enough, a panda bear was sitting near some trees chowing on a stick of bamboo. I have always wanted to see a Giant Panda. It was as adorable as I was hoping it would be. I was glad I didn’t miss it so I could check it off my bucket list.

There was just enough to do at the zoo that we were done at around lunch time. As we were leaving, there were tons of people arriving and I was glad we got there early. We took the Metro back to near the National Mall and found a Nando’s to eat at. There aren’t any Nando’s restaurants here though I have heard about how good the peri-peri chicken is. It definitely lived up to its reputation.

After lunch, we took a quick Metro ride to the other side of the Mall to go to the Smithsonian National Air & Space Museum. I’m a huge AvGeek (aviation geek) so I was looking forward to the visit. There was a huge line to get in as everyone was going through a security screening. I was hoping for a TSA PreCheck line, but it was a pipe dream. It was very crowded and my friend doesn’t do well in crowds. Even for me, it was too crowded to be able to enjoy it so we left after not a long time.

For dinner we decided to go to Old Town Alexandria. I found a Greek restaurant called Vaso’s Kitchen. My friend and I shared the saganaki appetizer – a sizzling plate of kasseri cheese flambeed table-side with a lemon squeezed on top. It was very good, however I was looking forward to my entree the most. I ordered the moussaka which our waitress highly recommended. It completely exceeded my expectations

We walked down the road to Daniel O’Connell’s where we met up with Jeanne of @LeChicGeek fame.The bar definitely reminded me of some of the pubs I drank at in Dublin. It has an area upstairs that is usually pretty quiet. The area which Jeanne calls the “Introvert’s Corner” was invaded by a group of eight people who were drunk and loud. We all had a few drinks and had a great time.

I had a great time in Washington DC. I managed to do everything I had planned and caught up with an old friend of mine. Part of me wishes I had more time to spend at the places I’ve visited, but sometimes it’s nice to get away for a weekend and sleep in my own bed at home. 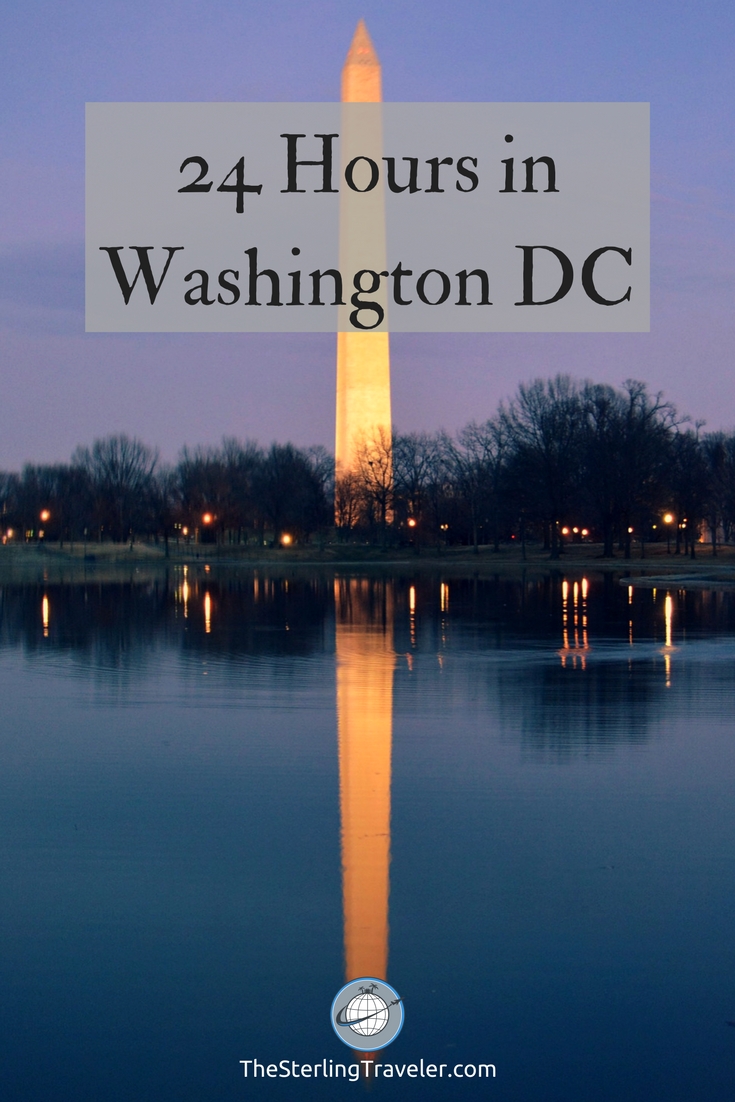